Home India India step by step What is an Apostille and when do I need one? Indian bureaucracy...

Do you plan to go for higher studies abroad? Do you need to register your foreign marriage certificate in your home country? Do you need a passport copy authenticated internationally? If for any of these questions you responded yes, then you can find this article helpful for you. Sometimes, public documents (like birth or marriage certificates, passport copies, judgments or notarial attestations of signatures) may need to be used in foreign countries. However, before a foreign country can use or accept such a document the authentication of it has to be done. Typically, this process is done by legalization wherein the officials of the country where the document was issued as well as the foreign Embassy or Consulate of the country where the document is to be issued authenticate the document. As this process is slow and costly, more than hundred of countries have signed the Hague Convention thereby adopting Apostille Convention that aims to simplify the legalization of documents to verify their authenticity, to be valid internationally.

What is an Apostille and when do I need one?

An Apostille is a certificate that authenticates the origin of a public document (e.g., a birth, marriage or death certificate, adoption papers, affidavits, contracts, diplomas and degrees, divorce decrees, incorporation papers, patent applications, powers of attorney, and school transcripts). Apostilles can only be issued for documents issued in one country party to the Apostille Convention and that is to be used in another country which is also a party to the Convention.

You will need an Apostille if all of the following apply:

An Apostille may not be required if the laws, regulations, or practices in force in the country where the public document is to be used have abolished or simplified the requirement of an Apostille, or have exempted the document from any legalization requirement.

To which documents does the Apostille Convention apply?

The Convention only applies to public documents. Whether or not a document is a public document is determined by the law of the country in which the document was issued. Countries typically apply the Convention to a wide variety of documents. Most Apostilles are issued for documents of an administrative nature, including birth, marriage and death certificates; extracts from commercial registers and other registers; patents; notarial acts and notarial attestations of signatures; school, university and other academic diplomas issued by public institutions.

NOTE: The Apostille Convention does not apply to documents executed by diplomatic or consular agents. The Convention also excludes from its scope certain administrative documents related to commercial or customs operations.

What are the effects of an Apostille?

In which countries does the Apostille Convention apply?

When checking the Status table of the Apostille Convention, always keep the following in mind:

What do I need to know before requesting an Apostille?

Before you approach a Competent Authority about getting an Apostille, you should consider questions such as:

How much does an Apostille cost (in India)?

MEA: A fee of Rs. 50/- is payable for Apostille of each document. Normal Attestation is done free of cost.

There are designated authorities in every country to issue apostille certificates.

How to get Apostille – general process

Authentication by the designated authorities of the State/Union Territory

All original documents requiring attestation or Apostille should be first authenticated by the designated authorities of the State/Union Territory from where the document has been issued. The Ministry of External Affairs legalizes the documents on the basis of the signature of the designated signing authorities of the State Government/Union Territory/Chambers of Commerce.

Step 2: Attestation or Apostille of certificates

How to get Apostille in India

2-way procedure to get the Apostille

B. Attestation/apostille of documents not covered under E-sanad:

Step 1 – Authentication of documents: All original documents/copies requiring attestation or Apostille should be first authenticated by the designated authorities of the State/Union Territory from where the document has been issued.

Step 2 – Legalisation of documents: The Ministry of External Affairs thereafter, legalizes the documents on the basis of the signature of the designated signing authorities of the State Government/Union Territory/Chambers of Commerce. A list for those can be found HERE.

I would love to hear your comments on this! What is your experience in getting the documents apostilled in India? Any other recommendations, suggestions you would like to share? How is the experience of other states? Thank you very much for reading this article. I am curious if you have/had any experience of yours? Any comments? – please share your experience. And if you liked the article – share it, click “Like it” and subscribe to my newsletter.

Safe traveling in India. When India is calling and bringing you back again and again. 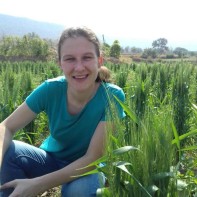 Renata Cieslak
Hi! My name is Renata and I have lived in India since 2013. Quit my corporate job, escaped from crowded city to live happily (ever after!) in the Indian countryside with my Polish-Indian family. Moderation, simplicity, minimalism, contact with nature and homemade food - those attributes describe me best. This space of mine is where I share stories of life, love and expat motherhood. Join me in this Indian adventure!
Read more

This is a personal blog. Any opinions posted in this blog belong solely to Renata Cieślak. I do not represent people, institutions or organizations that I may or may not be associated with in professional or personal life, unless explicitly stated.
To read full disclaimer – please go to the disclaimer tab (start here->disclaimer).

Copyright © 2019. All rights reserved by No Problem in India – expat life in India