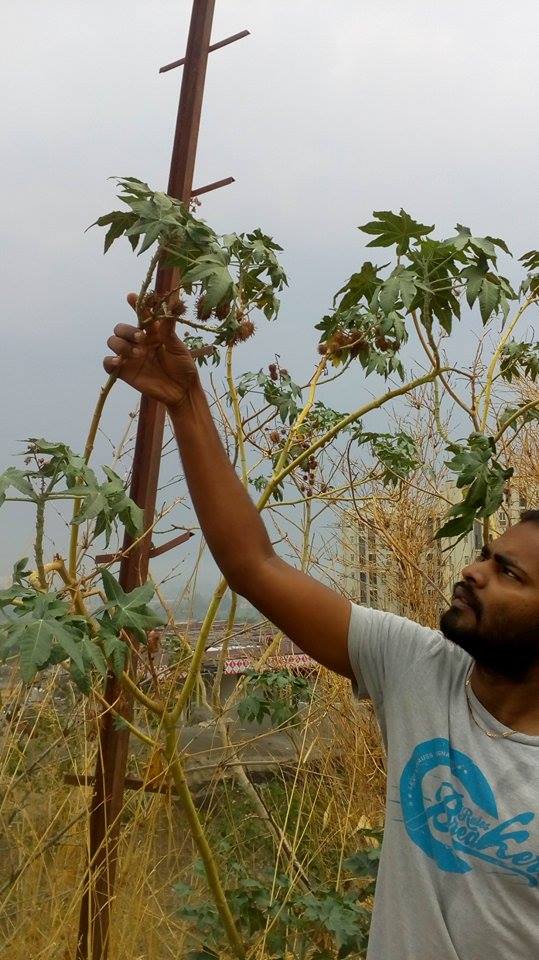 Since I settled in India, my interest for healthy food, organic farming or natural – homemade cosmetics has grown tremendously. I am a big fan of effective, natural ways of care products, most preferably prepared from ingredients available in my kitchen. I believe that nature has great power and … it knows better what is good for us! That’s why when incidentally, I discovered castor oil trees growing just behind my society in Pune, I rolled my sleeves into production of home-made castor oil. You can find the entire process covered below.

Castor oil has been used in India for quite long time, mostly as one of the main ingredients of natural medicines for chronic illnesses, but also cosmetics such as castor oil and turmeric mixture – as a base for massage. Applying it externally turns out to be a simple and inexpensive way to get rid of skin problems. However, it should be used in moderation, because this oil is extremely thick and used in excess can dry your skin.

Origin – a little about the plant itself

Castor oil is obtained from the seeds of castor tree (ricinus communis), which belongs to the family of eucalypts, with leaves and fruits resembling our chestnut tree. In each of the three chambers of such fruit, the dark-brown-black seeds are placed. In hot climate countries like India, the tree reaches up to 13 meters in height and is entirely industrial plant used for oil production. Although, non processed, it is a highly poisonous plant, it is used in industry as a medicine and as an additive for the production of cosmetics and lubricants, fuels, paints and varnishes. 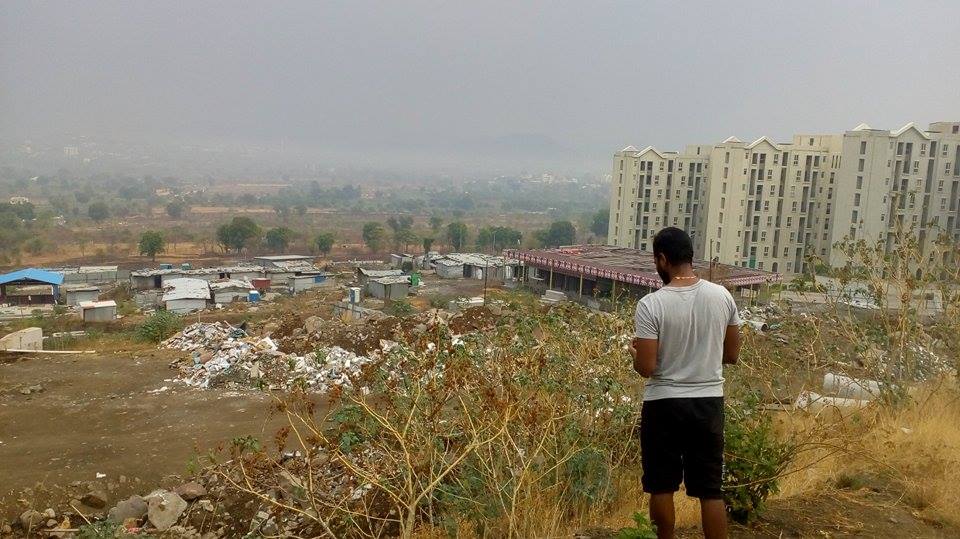 The way of extraction and composition

Castor seed contains 35-58% fats, around 20% proteins and also toxic substances – ricin and ricin. For medicinal and cosmetic purposes, castor oil is cold pressed and then boiled in water, resulting in the decomposition of toxic substances. The final product is a colorless or light yellow, dense, low odor oil, which consists mainly of glycerides of ricin, oleic, linoleic, palmitic and stearic acids.

The castor plant originated in Ethiopia, but records shows that the ancient Egyptians first documented its use. We can find castor seeds in Egypt long back ago – as far as 4000 BC. Extraction of oil from castor seeds is done in a manner similar to that for most other oil seeds. First we have to hand-picking wild organic castor beans and then allowing them to dry so that the seeds will pop out of the pods. The seeds are then to be dehulled after harvesting. That can be done manually or, more commonly, done by machine. After that, seeds are cleaned, roasted-cooked and dried prior to oil extraction. To extract oil we crushed them in i.e food processor-mixie and then boil it until oil separates from water. 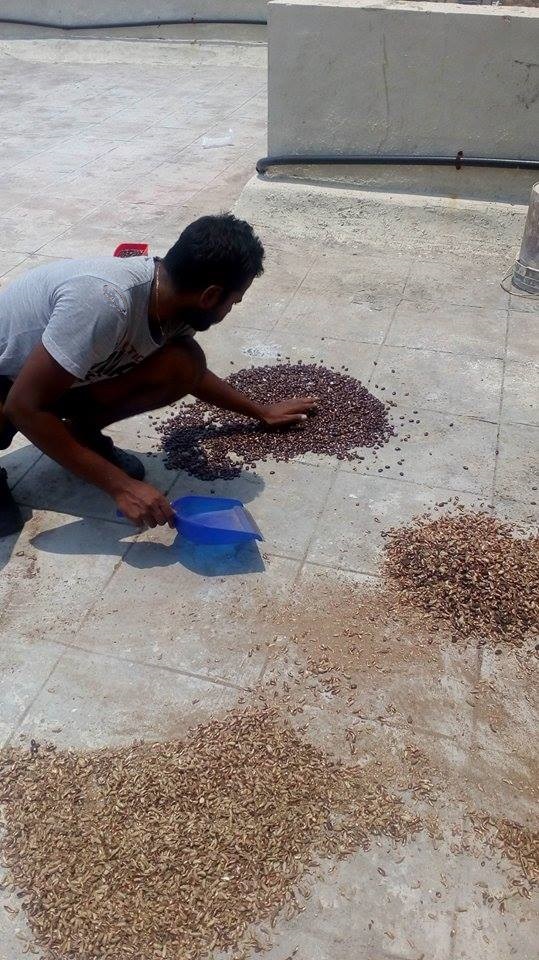 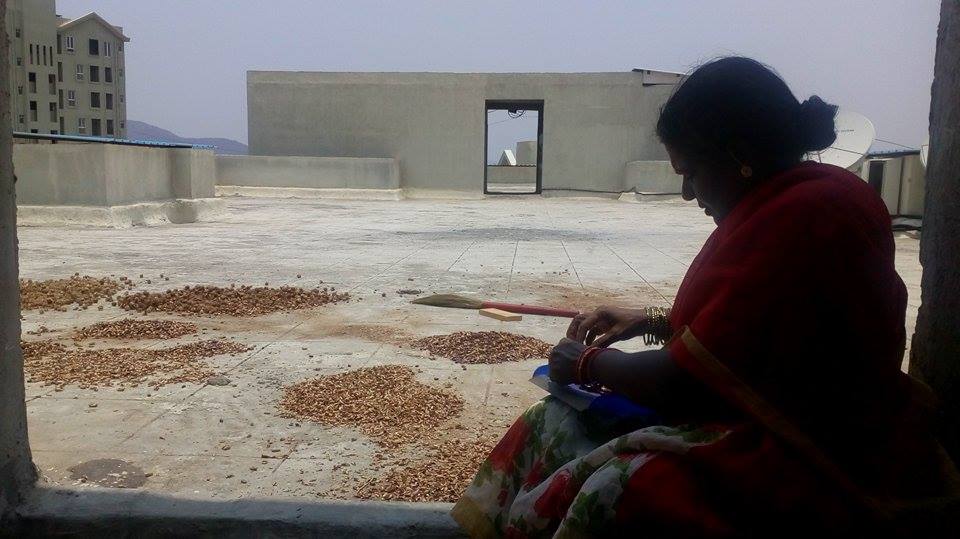 It has excellent healing and care properties. It should be poured and kept in a closed bottle in a dark and cool place. As a nutritional, moisturizing, protective and natural emulsifier, it is used for cosmetic purposes for the manufacture of soaps, creams, lotions, shampoos, lipsticks and lip glosses, hair and nail conditioners. It is also a popular ingredient in home care treatments – baths, masks, conditioners and lotions,

Health of skin and hair

Very thick, viscous and greasy castor oil applied to the scalp stimulates the blood circulation and its inflow to the hair follicles, accelerating its growth. It contains omega-6 fatty acids, responsible for healthy hair. It’s nutritional value: high levels of unsaturated fatty acids, vitamin E, proteins and minerals in this oil make it an extremely beneficial substance. It is characterized by a relatively low molecular weight, so it can be quickly absorbed into the skin and hair, providing them with necessary nutritive and moisturizing properties. The widespread use of castor oil in numerous facial creams comes from its completely natural and extraordinary ability to prevent skin aging.

Caution: This oil can help with skin problems, but only if used in moderation. Its strong saturation can clog pores, leading to skin irritations and bumps.

Tip: If you want to use it, consult your doctor. Pregnant and breastfeeding women, people with bowel obstruction and appendicitis should not consume it.

Castor oil is a powerful laxative. Enzymes from the pancreas act on it, which changes the oil into sodium and potassium soaps. They irritate the intestinal mucosa and increase their peristalsis. The result is a laxative effect.

If you have any experience with castor oil please share! I would be more than grateful for your personal experience.